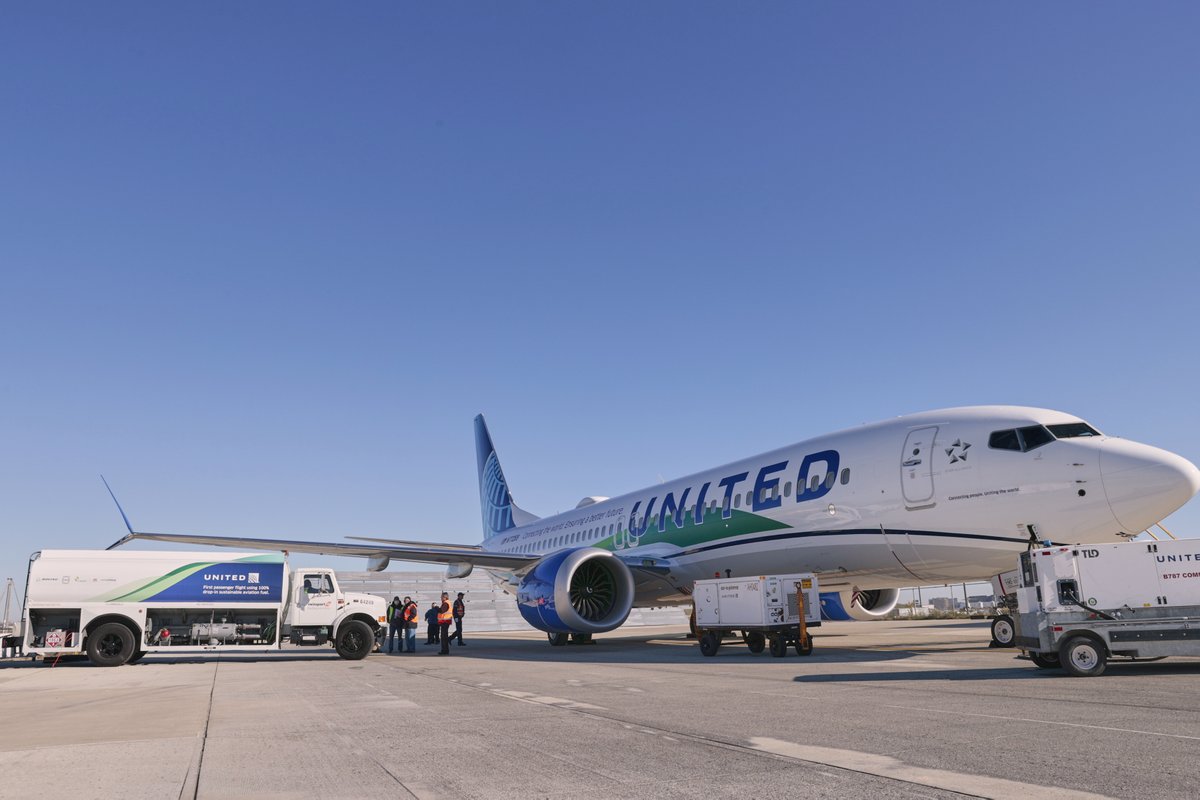 The plane used for the flight was one of United’s Boeing 737 Max 8s. More than 100 passengers, including the company’s CEO Scott Kirby, were on board the demonstration flight, which took off from Chicago’s O’Hare airport and landed at Washington, DC’s Reagan National Airport.

Airplanes are normally only permitted to fly with a maximum of 50 percent SAF on board. Any flight using SAF is currently blending SAF and conventional jet fuel in the same engine. But for this test, United received special permission to use 500 gallons of 100 percent SAF in one engine and the same amount of conventional fuel in the other.

The test was done to prove there are no operational differences between the two — and to set the stage for the future of aviation with more scalable uses of SAF.

Aviation history is cleared for takeoff.

During the 612-mile flight, the engine using SAF emitted 75 percent less carbon dioxide than an engine using conventional fuel normally would, according to United. They claim SAF is already compatible with existing plane fleets, so no engine modifications would be needed to accommodate the biofuel.

Today’s SAF flight is not only a significant milestone for efforts to decarbonize our industry, but when combined with the surge in commitments to produce and purchase alternative fuels, we’re demonstrating the scalable and impactful way companies can join together and play a role in addressing the biggest challenge of our lifetimes.

United Airlines has pledged to reduce its greenhouse gas emissions by 100% by 2050 without relying on carbon offsets.

World Energy produced the SAF for the flight.