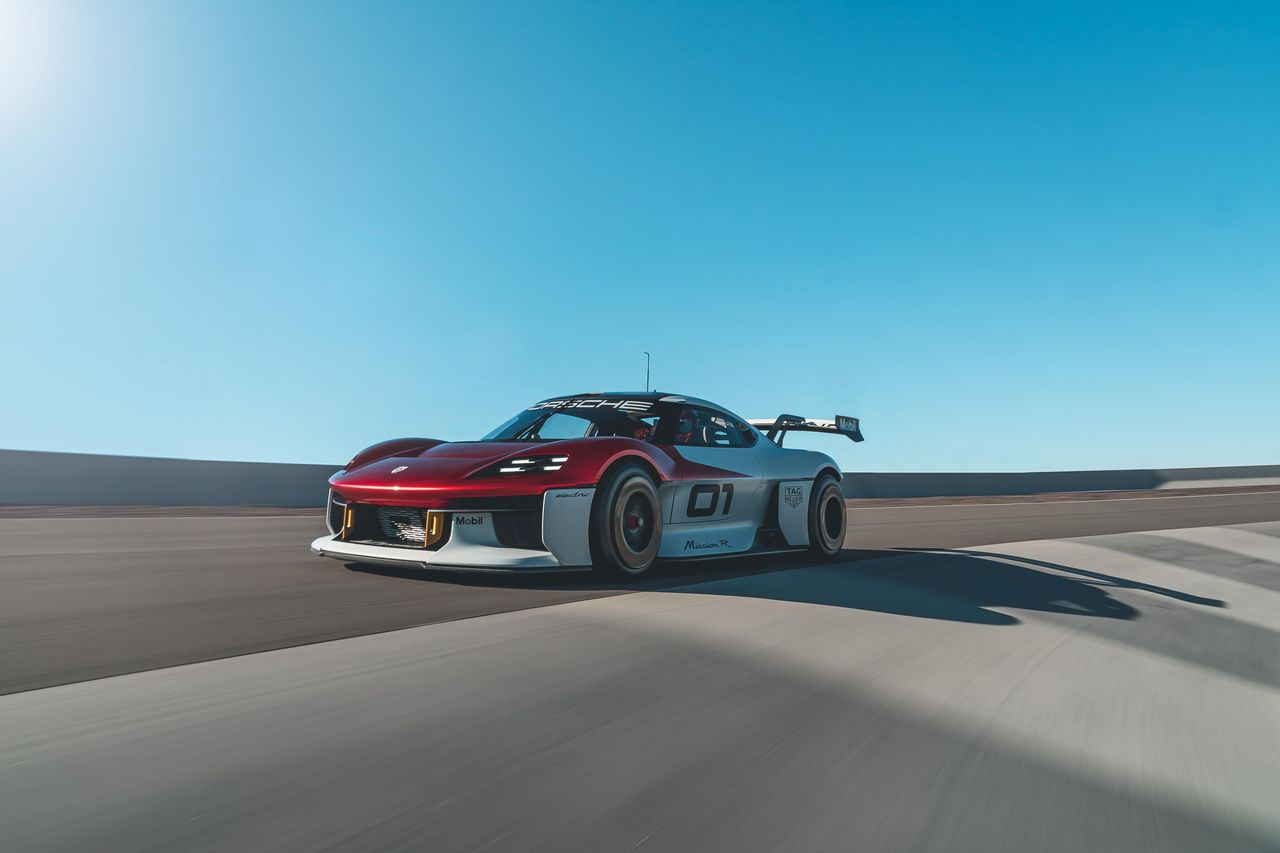 At the appointed time—last month, at the Porsche Experience Center in Los Angeles—I was belted into the brutishly beautiful Mission R, in garnet-and-ivory livery. The team’s instructions were simple: Follow the pro driver in the car ahead for five laps and “if anything goes wrong, don’t touch anything,” said Matthias Scholz, director of GT race cars and lead toymaker. “Don’t try to fix it.” Like I’m getting out to spray ether into the carburetor.

Caution was warranted. With its roughly 3,300 pounds balanced against a combined peak output of 671 hp (1,073-hp in “Qualifying” mode), the Mission R has roughly the same power-to-weight ratio and lap-time performance as Porsche’s flagship turnkey racer, the 911 GT3 Cup car. Other nominals include 0-60 mph in less than 2.5 seconds, a top speed of 186 mph and over 2 g of lateral acceleration.

And bear in mind, Porsche made no obvious effort to make this example light. I feel like I could get 300 kg out of it with a flashlight and torx set.