VW invests $20 Million to prepare US outlets for EV sales

Volkswagen of America said Thursday that it had committed $20 million to ongoing efforts to prepare its U.S. retail network to sell battery-electric vehicles, including underwriting upgrades at franchised dealerships for charging infrastructure and fixed ops.

U.S. dealers began selling the VW ID4 compact crossover in March. The automaker will begin local production in early 2022 at its assembly complex in Chattanooga.

VW said that its subsidy program, which is scheduled to continue through June, has resulted so far in dealers adding 23,490 kilowatts of charging capacity and training more than 1,260 service technicians across the country. More than 99 percent of VW dealers in the U.S. signed up for improvements needed to sell EVs.

10 cheapest EVs in the UK

Business Insider says » The $40,000 Volkswagen ID.4 is the perfect EV for people hesitant to ditch their ICE SUVs 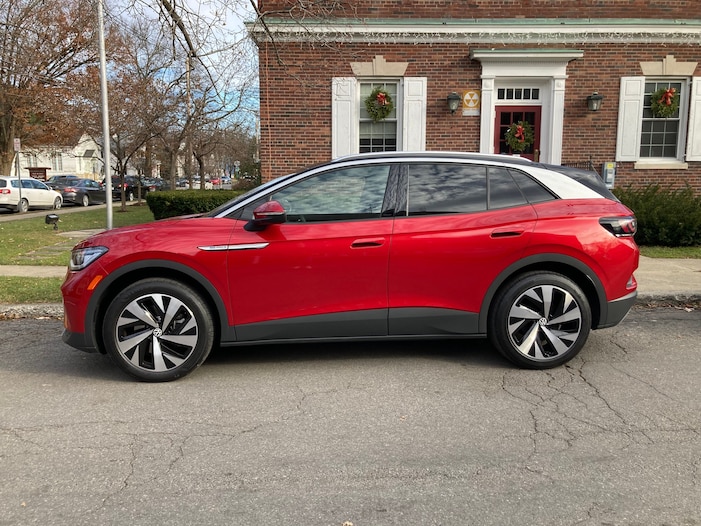 It’s an approachable electric SUV that delivers a healthy amount of range, plenty of room for people and stuff, some EV quirks, and very few downsides — all for $40,000 to start. A weekend with the excellent ID.4 showed me it’s a great choice for anyone looking to make the switch from gas power, but not interested in making too big a leap from their conventional SUV.

If you don’t want to sit through the whole thing, and are only interested in the conclusion, click here. Otherwise, here is the whole video ⤵️

VW confirms an electric California Campervan based on the ID. BUZZ is coming

Volkswagen has confirmed the upcoming ID.California campervan based on the ID.Buzz. The project got greenlighted by today’s supervisory board meeting and is expected to reach the market in the second half of the decade.

According to the automaker, there is high demand for the California range in many countries, with orders significantly and continually increasing during the past few months. Thus, the board approved the capital expenditure for Volkswagen Commercial Vehicles to start the development of the first fully electric California.

The ID.California will expand VW’s range of campervans that currently includes the Caddy California micro camper, and the 6.1 California based on the Transporter. Back in 2017, VW showed us the Crafter-based California XXL concept however this hasn’t reached production yet.

The campervan variant of the ID.Buzz will ride on the MEB platform – probably using the longer wheelbase bodystyle as a base for maximum interior space. Given that it will be designed for longer trips, it will likely get the larger 111 kWh battery pack allowing for adequate range, plus providing power for camping-related appliances. In terms of design, the ID. California is expected to get the signature pop-up roof allowing passengers to stand inside the cabin and creating space for an extra sleeping area. It could also get a kitchenette, and clever storage compartments, benefiting from the flat floor of the electric architecture.

Admittedly, a small platform means less space for batteries and so the range of the following cars will never match the potential of larger alternatives. But a small battery also means a lower asking price, and if we’re talking about urban runabouts that do only the occasional longer journey, it’s arguable just how many owners would need more than, say, 180 miles of driving range.

Only two of these small EVs are available to the North America market, the Mini Electric and the Mazda MX-30.

These are the best EVs that effortlessly will fit into everyday life and carry the family and its paraphernalia.

This is a list of our top 10 electric cars for families at the more affordable end of the market, compiled considering factors such as range, usability, driving dynamics and value for money. Some EVs are still subject to relatively high prices compared with combustion-engined cars, but their premiums can be offset against lower running costs.